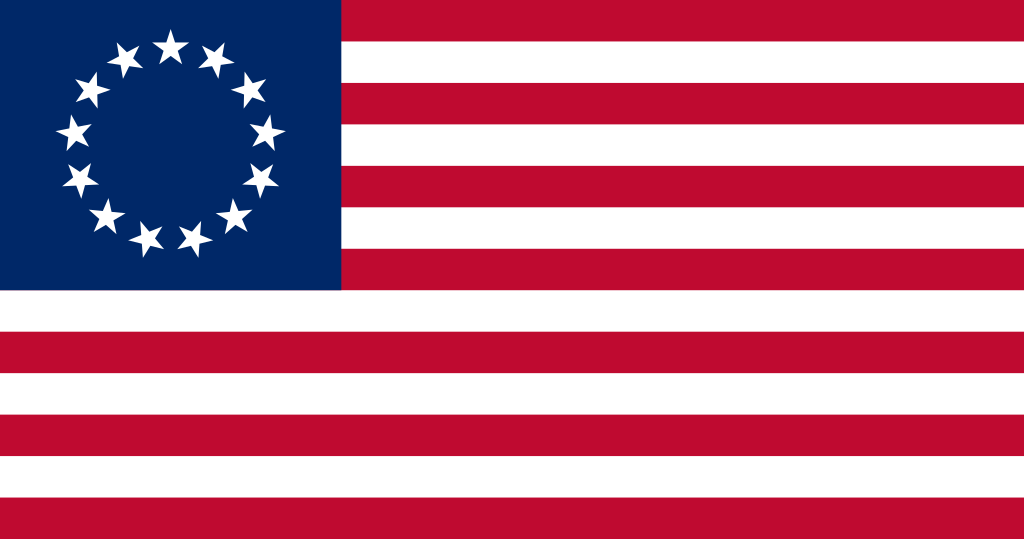 Even though they occupied the building we now know as the Morgan Log House longer than any other family, little is known about the Cassel family, who occupied the home from 1774 to 1873. What information we have we gleaned about Yellis and Elizabeth Cassel, their children, and descendants from deeds, census, tax records, and genealogy books recording marriages, births, and deaths. Although descendant Abraham Harley Cassel (1820-1908), was a grandson of Hupert Cassel and a local scholar and collector, the family members that lived here did not leave personal papers behind that we are aware of.

Yellis and Elizabeth and their family were Mennonites whose families came from the area that would later be known as Germany. Much like the previous owners, the Morgans, who were Quakers, the Cassels were peaceful farmers and weavers, likely abstained from involvement in the Revolutionary War. Yellis Cassell, the patriarch of the family, would have been older and likely followed his faith’s belief in pacifism. Many Mennonites, Quakers and others who believed in pacifism were likely viewed with suspicion by Patriots and Loyalists alike. Some of those who abstained were fined or punished; personal property or real estate was taken away, or were jailed. Some also refused to pay their taxes, believing that their taxes would go to fund the war.

Yellis’ sons, Hupert and Christian, who were in their twenties by the time of the Revolutionary War, joined the Patriot cause. This may have caused some family and community conflict, but there is no documentation to show this. Yellis’ third son, Abraham, was too young to take part in the war, but he would later inherit the farm (the Morgan Log House property). Abraham’s descendants would live on the farm until 1873.

Below are brief biographies on the two Revolutionary War veterans who likely lived, although briefly, and visited their parents’ farm that would later be known as the Morgan Log House.

Hupert Cassel
Hupert Cassel was born to Yellis (Julius) Cassel (1722-1793) and Elizabeth Jansen (1725-1793) on August 13, 1751. His parents were German Mennonites, who later occupied the Morgan Log House in 1774. That same year, Hupert married Magdalena Wisler Johnson (1755-1824) on June 9. Hupert may have lived on the property for a short while, but likely established his own homestead. Unfortunately, at this time, we do not know where, as further research is needed. After marrying, Hupert enlisted as a Private, 6th Class, in the 3rd Company of the 6th Battalion of the Philadelphia County Militia with Captain Jonathan Lowery in the Revolutionary War.

With his wife, he had eight children:

During his lifetime, he was also a teacher and fraktur artist. The art of fraktur can be described as stylized penmanship with illuminated artwork. It is a form of religious art usually used to highlight Weihnachtswunsch and Neujahrswunsch, Christmas and New Year’s Eve poems, Scripture, or were artistic expressions of piety. Hupert learned fraktur from his teacher, Christopher Dock, at the Skippack Mennonite School, a German language school, in the mid-to-late eighteenth century. The art of fraktur flourished in Mennonite and Schwenkfelder communities during Hupert’s lifetime. The artwork waned when the state of Pennsylvania began establishing public schools in the nineteenth century. He taught at Salford and Skippack schools.

Some of Hupert’s work can be found in the Heebner Family Collection at the Schwenkfelder Library & History Center in Pennsburg. Hupert later died in 1840 and is believed to have been buried at the Towamencin Mennonite Churchyard in Kulpsville, Montgomery County. 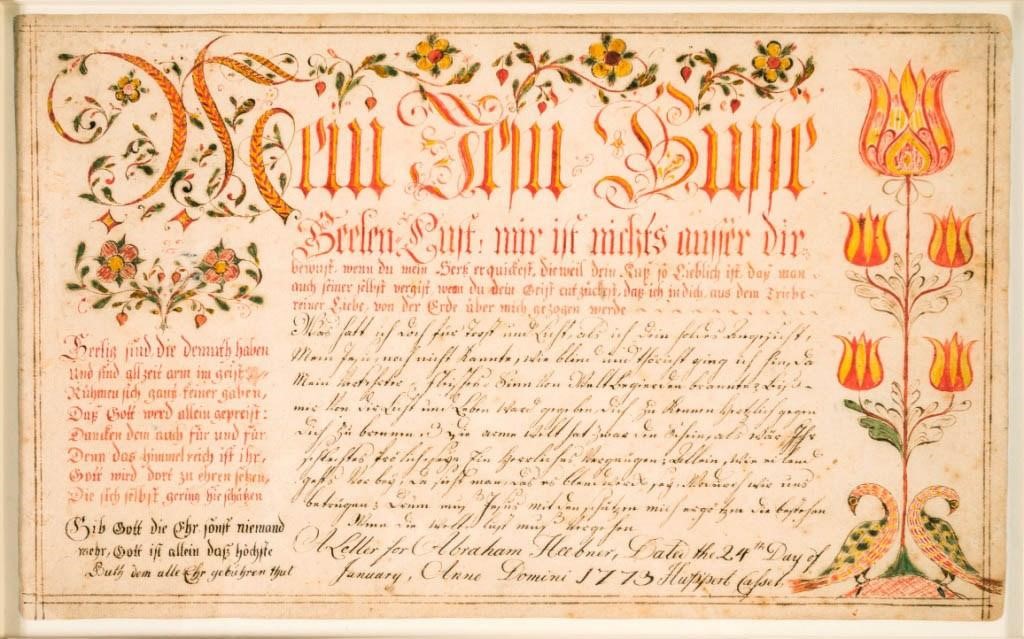 An image of Hupert Cassel’s 1772 Vorschrift or writing model for his student Abraham Heebner (Courtesy of the Mennonite Heritage Center).

Vorschrift is a model for writing exercises for students during the Colonial period. The models were often drawn by schoolteachers and practiced by their students. These exercises were done in subscription schools, mostly German-language schools, where a small fee was paid for students to attend. German-language schools existed prior to the establishment of public schools in 1834 in Pennsylvania.  While this was similar to how everyone learned to write, Vorschrift elevated writing to an art form, similar to the sorts of calligraphy in Illuminated Manuscripts like the Book of Kells or St. John’s Illuminated Bible.

This method of practicing writing was popular among Mennonites and Schwenkfelders, two Christian denominations in Pennsylvania. Most Vorschrift consisted of Biblical verses or hymns.

Christian enlisted as a Private, 8th Class, in the 5th Battalion of the Philadelphia County Militia with Captain Daniel Springer in the Revolutionary War. Christian, along with his brother were teachers and fraktur artists. Some of his work can be found at the Schwenkfelder Library and Heritage Center. Tax lists also depict him as a weaver, a family trade.

Christian married later in life to Susannah Hendricks on August 14, 1810. They had three children:

His death and burial are unknown.

A 1771 Vorschrift by Christian Cassel for student Abraham Heebner (Courtesy of the Mennonite Heritage Center and the Schwenkfelder Library & Heritage Center).