Traditionally the Morgan Log House has an event Memorial Day weekend to honor those who died while fighting for our country called Military Might. Due to the necessity of self-distancing to prevent the spread of COVID-19, we have been closed to the public and have cancelled our annual Military Might event. In spite of that, we thought we would share with you a little-known family cemetery and place a spotlight on some of these early, local veterans.

The historic Tennis-Lukens cemetery is located along Allentown Road, at Drake’s Corner, about one quarter mile north of the intersection with the Forty Foot Road (Rte 463), in Towamencin Township, Montgomery County, PA. This 0.75-acre cemetery was established around 1749 and was used by several Quaker families who settled nearby before the American Revolutionary War. 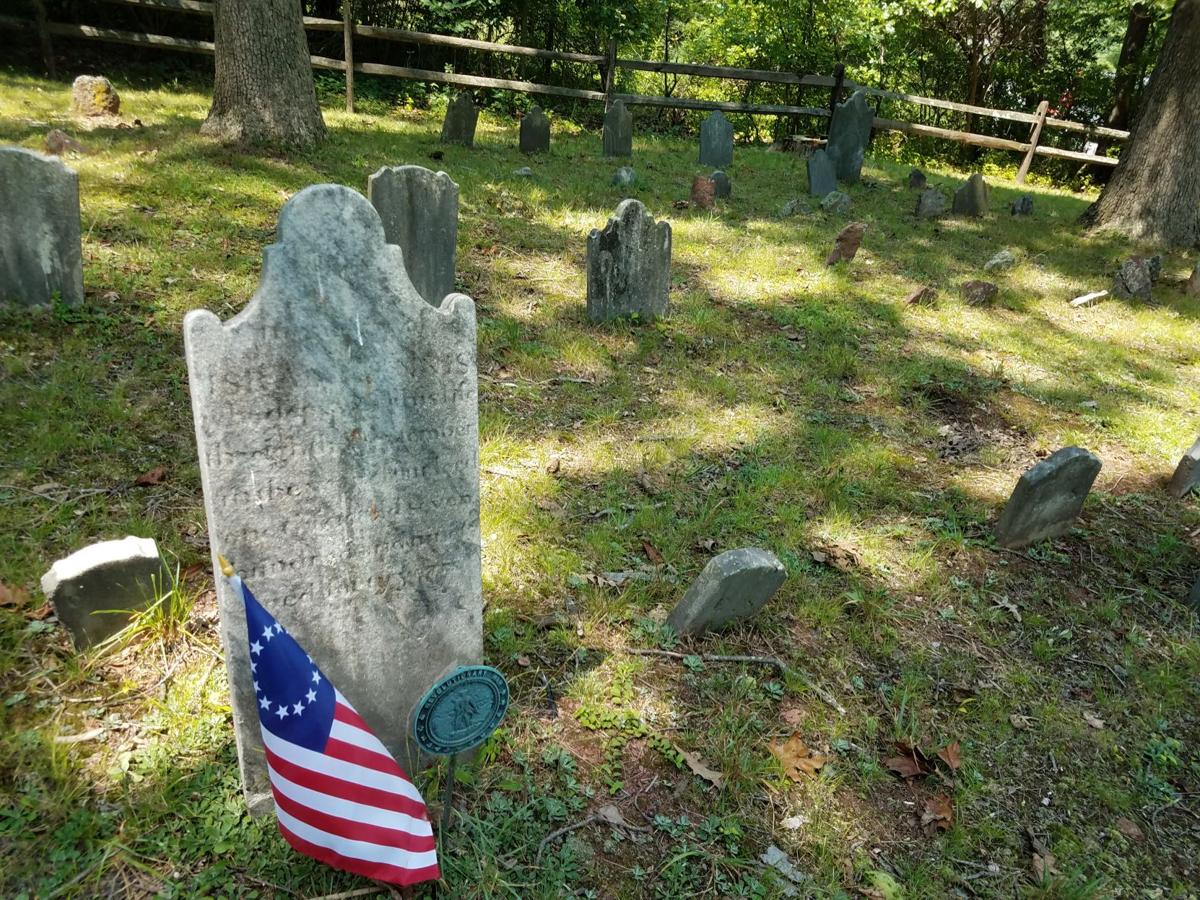 In the case of those veterans interred at the cemetery, there was likely a conflict of views on defending the colonies (and later the new nation) with their religious faith, community, and family. The township, during the 18th and 19th centuries the population consisted of Quakers and Mennonites who believed in pacifism. Traditionally, many of those who practiced these faiths believed in not taking oaths of office or oaths of loyalty. They also did not support violence and taking up arms to support the war effort.

Some of these individuals may have experienced, especially during the American Revolutionary War, prejudice, suspicion, and punishments like fines, imprisonment, or confiscation of goods or lands. Some individuals, like those veterans interred in the cemetery, may have observed these actions and likely experienced some conflict among their families and community in order to support the American cause.

The cemetery is now owned by Towamencin Township; previously, Montgomery county considered it an orphaned property, since taxes weren’t paid since 1906. It is now known as the Veterans Memorial Park.

You can respectfully visit in-person or view this video filmed by local and MLH supporter, Brian Hagey:

Learn more about the veterans buried in the Tennis-Lukens Cemetery Below:

Jesse was born February 26, 1754 to parents Peter Lukens (1733-1811) and Martha Jones. He was raised a Quaker, paid his taxes, and farmed, as the majority of the township’s residents were involved in farming. He served with the 1st Company Battalion in the Philadelphia County Militia during the Revolutionary War.

John Lukens was played an active role in literally shaping Pennsylvania as we know it today.

Lukens belonged to learned Philadelphia associations such as the American Society for Promoting Useful Knowledge and the American Philosophical Society. He was involved with many influential men in Philadelphia and was acquainted with figures such as David Rittenhouse, Benjamin Franklin, and Francis Alison.

Two of John Lukens’ sons, Charles and Jesse, worked for their father as Deputy Surveyors. Lawrence Keene, who was married to Lukens’ daughter Gaynor, also worked for Lukens. Each of these men had their own district, mostly in the Northeast part of Pennsylvania. Gaynor and Lawrence Keene settled on family land in Sunbury, Pennsylvania, and Lawrence worked as surveyor there.

Lukens’ public position gained him a role in the team which surveyed the tangent line, middle point, and the twelve mile radius from the center of the New Castle Courthouse which formed the northern boundary of Delaware. These measurements, taken in 1762, were used by Charles Mason and Jeremiah Dixon in laying out the final Mason-Dixon line.

After John Lukens’ death in 1789 his estate was administered by his grandson Lawrence Keene, Jr., and then by his granddaughter Sarah Lukens Keene. After their deaths, John Lukens’ great-grandchildren became the administrators of the family estate. Two of his great-grand children (Henry Edgar Keene and Ellen Keene Mitchell) filed a law-suit in 1869 against other members of the family over the liquidation of family lands, which were quite substantial because of John Lukens’ many years as surveyor general.

Cadwallader and his twin sister Martha were born December 25, 1759 to John Lukens (1731-1806) and Rachel Jones (1724-1790). He was brother to Joseph Lukens, another veteran buried in the cemetery.  He belonged to a Quaker family who was a member of the Gwynedd Monthly Meeting.

He served as a Private with the 1st Company Battalion in the Philadelphia County Militia during the Revolutionary War, 1782-1783. He died April 1, 1786 at the age of 26.

Israel was born in 1750.  He was a Quaker and belonged to the Gwynedd Monthly Meeting.

He was a Private 5th Class with the Associators of the Fifth Battalion led by Captain Daniel Springer, circa 1780.

William was a Private 4th Class in the First Battalion Philadelphia County with Captain Andrew Campbell. He married Mary Wilson (1746-1823).

Respectful visits to the cemetery can be made following the map below. 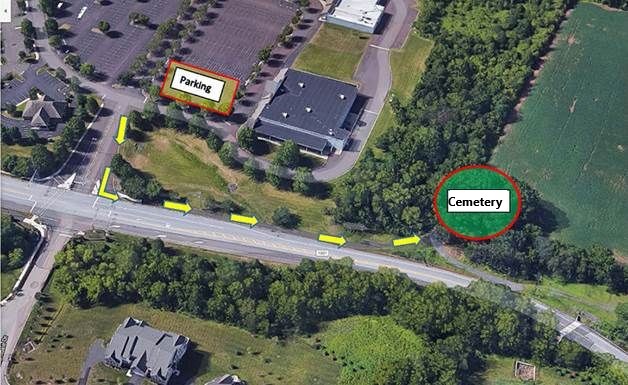